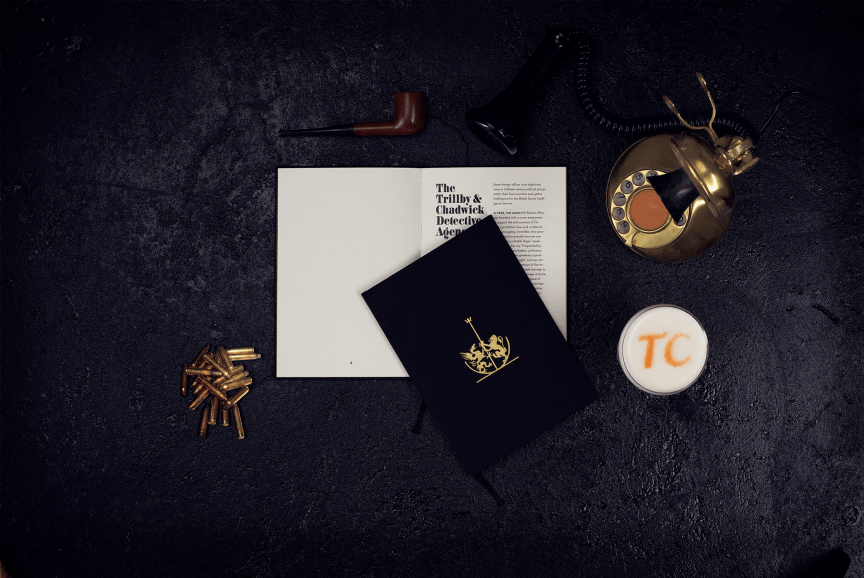 was a London-based private law enforcement and agency active from the turn of the 19th century until at least the end of the Cold War. Founded by Hildebrand Trillby and Ashcroft Chadwick in 1898, the Agency quickly rose to prominence by resolving a number of high-profile cases that were originally assigned to the Special Branch of London’s Metropolitan Police Service, but were left unresolved due to lack of resources or suspected corruption.

Trillby & Chadwick’s early successes in London gained the attention and patronage of the Directorate of Military Intelligence, who secretly contracted the Agency to open new offices first in Ireland during its war for independence, and later across Europe and North America.

In 1924, the agency’s Helsinki office was founded with a cover assignment to support the enforcement of Finland’s prohibition laws and combat alcohol smuggling. Incredibly, this same office would eventually become one of the most profitable illegal “speakeasy” bars in the city. Frequented by powerful business leaders, politicians, and diplomats, the speakeasy operated “hidden in plain sight” and was never raided, although rumours of the enterprise caused considerable damage to the Trillby & Chadwick’s image at home and abroad. Following the repeal of prohibition in 1932, the office was kept under lease but abandoned, receding into obscurity until its destruction byunknown arsonists in 1941. The case remains unsolved.

Over 70 years later, pipe renovations at the site of the old Helsinki office have recently uncovered a fire safe bearing dozens of Agency journals and papers, including Trillby and Chadwick’s own personal diaries. The texts contained in the following pages are a selection of unedited excerpts taken from these
historical records.

Monday-Thursday 16-01
Friday-Saturday 16-02
Door closes one hour prior to closing.

Seating is on a first come, first served basis. Reservations are accepted for parties over four.